(vulgar) writings on my wall

A person left two words written in red color on my bedoom wall. I could read the second one as боягуз all right. but I could not parse the first (upper) one. maybe it is misspelled. suykyn? scykyn? I infer from the context that it may be derogatory, or is it an adjective, like a special kind of coward? 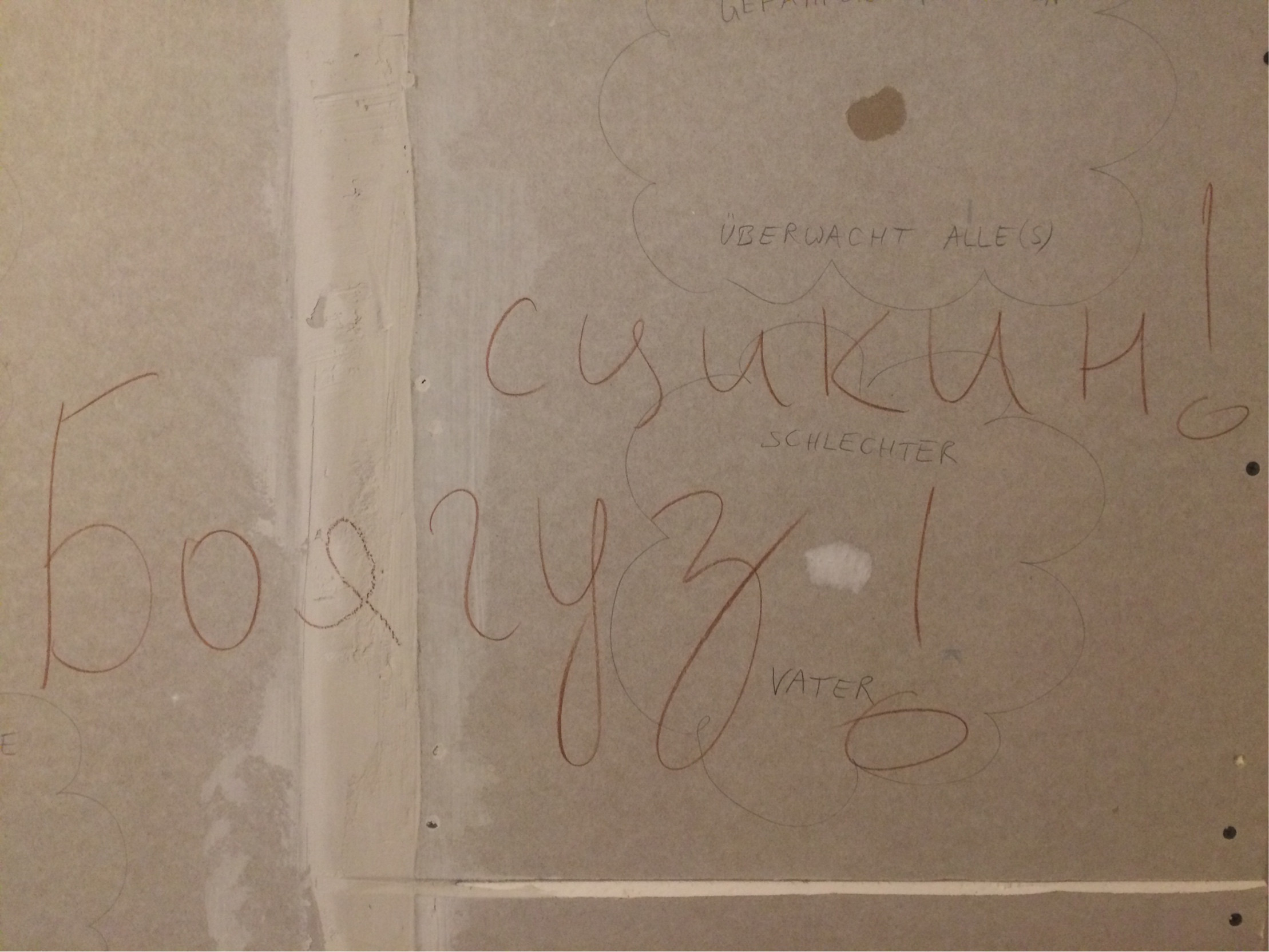 This derives from сця́ти (stsiaty) with meaning "to pee" and, figuratively, "to fear" ("to fear to the extent of losing control of own urine"). Hereof сцикло́, сцику́н and etc are figurative for "coward" (literally — "one who piss"). (When I started to write this answer, I assumed сцяти to be a modern word of Russian origin, but it appeared to be in fact from Proto-Slavic sьcati/sьkati.)

Not to be confused with сса́ти (ssaty) and сца́ти (stsaty) with meaning "to suck". As the verb to suck has negative meanings in English, you might wrongly assume it has similar ones in Ukrainian (and somehow build associative chains between milk sucking and fear) — but in fact historically the verb to suck in Ukrainian doesn't have such connotation as in English (though due to the growing influence of the latter it may get in future). We have a word ссаве́ць ("one who sucks"), which means just "mammal", a proverb ласкаве теля двох маток ссе (literally — "gentle calf sucks two mothers"; in English more often expressed as the humblest calf sucks the most milk), which uses to suck rather in positive meaning, and etc. So the offense word сцикун is from "to pee", not from "to suck".

Not the answer you're looking for? Browse other questions tagged значення-слів орфографія or ask your own question.